Chock full of twists and turns, more of the show’s plot information was revealed and viewers are curious to know what will happen next in the soap series.

What will happen on General Hospital next week, April 4?

During the episodes that aired starting on Monday, March 28, and throughout the rest of the week, a number of events took place on General Hospital.

Trina Robinson was arrested and was adamant that it was Esme who plotted to frame her.

Harmony and Alexis’ shared past was revealed, fans were also shocked to find out Harmony murdered Neil Byrne.

Fresh off of their Las Vegas wedding, Brando and Sasha returned to Port Charles. 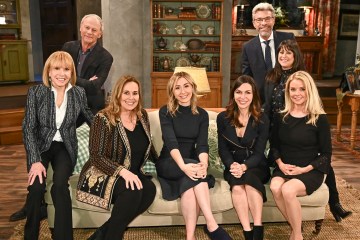 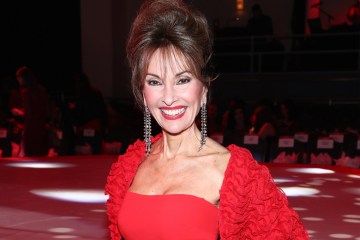 With the marriage, murder, and duplicitous arrest that took place this week, viewers want to know what will transpire next week.

Ava will stumble upon her own discovery at Wyndemere that will send her into a tailspin.

Speaking of discoveries, Liz and her former mother-in-law Laura, visit the past and uncover alarming details of their own.

Chase, Violet, Finn, and Gregory all come together for a family dinner – fans will watch to see whether or not they can keep the evening peaceful.

most read on general hospital

The staff at Deception Cosmetics rendezvous and celebrate at the Savoy, but something about Sasha keeps them on their toes.

Curtis comes to a decision regarding Selina’s business proposal.

When shocking details are exposed, Esme and Spencer will have to come up with something quick.

Portia and Curtis round up the gang for their housewarming soiree, but their friends didn’t just bring gifts – they brought drama too.

Nikolas and Sonny are paid a visit by a couple of individuals they did not see coming.

Regarding any updates on Sam and Dante, Anna sleuths for the details and gets what she bargained for.

Harmony saunters over to Carly’s office to discuss a certain topic.

Laura ponders on her conversation with Victor, while Victor hopes his attempt at manipulation did the trick.

On her way to relay some news to Sonny, Nina gets more than what she asked for.

While going undercover, Anna and Felicia sleuth over a new lead.

Scott’s contempt for Sonny is put on the backburner as a specific situation could possibly see the two unlikely rivals team-up.

Against her better judgment, Harmony heads over to another unlikely location.

How can I watch General Hospital?

On April 1, 1963, General Hospital debuted its first cycle on television.

Decades later and 59 seasons in the books, the program is still going strong.

The daytime soap can be watched on weekdays at 2pm EST on ABC.

For those without cable or those who miss the live airing of the show, it is also available to stream online.

Hulu streams General Hospital on its platform – however, it only streams the latest episodes and seasons.

We pay for your stories!

Do you have a story for The US Sun team?

Sat Apr 2 , 2022
[ad_1] Inspired by a listener’s request, Janet offers a list of daily reminders that she hopes will help parents meet the challenges of their day with more clarity, calmness, and confidence. ﻿ Transcript of “7 Daily Reminders for Parents” Hi, this is Janet Lansbury. Welcome to Unruffled. I recently received […]